Saudi Arabia's Eastern Province stretches from the modest beaches of the Arabian Gulf to the palm-covered highlands of Al Ahsa Oasis and deep into the forbidding plains of Rub' Al Khali. Because of its location at the crossroads of the major civilizations of the Levant, Mesopotamia, and India, it was once a busy trade centre. While Aramco's oil and gas activities today account for much of the region's economic activity, it was formerly used by merchants bringing frankincense, incense, and other items from ancient Yemen to the major empires as an internal route. 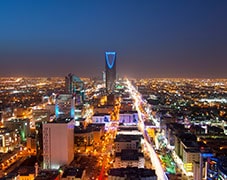 All you need to know

Your request has been sent. We will get back to you soon.